Whether you are looking for enjoyable city culture, shopping opportunities, a wide range of activities, or a beautiful seaside and the peace of the archipelago, not to worry – you can find all of this in Uusikaupunki. And best of all – all attractions and services are located within a short distance from each other.

A wide range of events

The summer season starts on May 18–19 with the Minifarm & Flower Fair event. Merefesti is held on June 7–9. On the Saturday during the festival, you have a choice of two sports events: The Kesäkuun Kutonen run for women and the City Hero Challenge adventure for people of all ages and levels of fitness. Friends of art and antiquities will find their way to the Nopperla Antique Fair on July13–14. Finnish top artists will be performing at Karjurock on July 18–20. This year the International Crusell Music Festival, which is held from July 27 to August 3, will take you to a world of fantasy. Tul toril themed market events are organised on summer Saturdays, and the evening markets of Pakkahuone on summer Wednesdays are a must see. Myllymuori’s adventure trips for children will be dwelling into the Case of the disappearing shoes. In July, you can take advantage of guided walking tours in the town centre, and wooden houses and their gardens will be open for visitors on September 7–8.

The theme of main exhibition of the historical Wahlberg’s house museum is children and childhood memories from Uusikaupunki at the beginning of the 20th century. At the Automobile Museum there is plenty to see in three large exhibition halls. At the Bonk museum, you will be introduced to exceptional inventions and defunctioned machinery. Art House Pilvilinna is artist Raija Nokkala and her husband Pentti Nokkala’s colourful and memorable naivistic art house on the seaside. The attractions and events also have something for the children. More information on events can be found on pages 46-49.

Be charmed by the sea and the archipelago

The beautifully renovated Kaupunginlahti bayside with its boulevards and lighting calls visitors to the seaside. There you will also find the most popular summer meeting place, the Pakkahuone guest harbour. You can also enjoy the waves and the sun by joining one of several themed cruises on offer. The galley Olga sails to the Katanpää fort island, and children can enjoy fun pirate cruises. On the atmospheric M/S Kerttu, you can choose between cruises to the Isokari lighthouse as well as birdwatching trips, seal safaris, Friday cruises, or the super-popular Thursday quizzes. Get to know the history of the surrounding archipelago on the Three straits cruise on Tiftö V. Gaze at the moon on Tiftö’s moonlight cruises, or relax on sauna cruises. The Velhovesi ring route is a route of bridges across the island that takes to the midst of the most beautiful archipelago without having to bother about boats or ferry timetables.

Below you can find the TOP 3 lists of the best things about Uusikaupunki written by someone who has moved here from rather a distance as well as someone who was born and raised in Uusikaupunki. 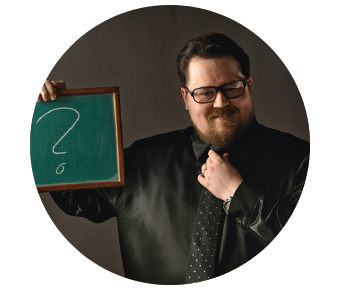 Mentalist Pete Poskiparta is a familiar face from various TV and radio programs as well as his own tour.

Pete’s interest in magic tricks and the circus was sparked when he was 10 years old. The Uusikaupunki library had some books that got him started. This year marks the 30th anniversary of his first gig. That particular performance was at the newly finished cultural centre Cruselli. It lasted 5 minutes, and he was paid 50 marks for it. Not bad for 5 minutes. Since then Pete has toured around Finland and the world, performing in places like Las Vegas and London. 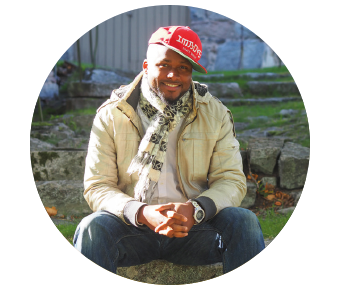 American-born Granger Simmons moved to Uusikaupunki six years ago from Rhode Island, where he has met Odetta, who was born in Uusikaupunki.

The couple got married and started a family. Odetta’s father, too, had once moved to Finland from the United States through his basketball career, and so the family moved to Uusikaupunki to be near Odetta’s parents. Granger and Odetta have three sons.

In his work as a mentor for new inhabitants, Granger helps people who have moved here from elsewhere to settle in to their new hometown. He also edits a monthly news spread in English for a local newspaper. Granger teaches English at Vakka-opisto adult education centre and leads a gospel choir. As a professional in the restaurant trade, he also operates a restaurant consulting business.

Amalinda - clothes for women and children

Arriving and getting around